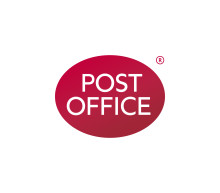 BUSINESS AS USUAL IN OVER 97 PER CENT OF 11,600 POST BRANCHES DESPITE UNION’S CALL FOR STRIKE ACTION ON 3RD DECEMBER

Post Office today confirmed that it would be seeking partners for 37 of its directly managed branches as part of its efforts to secure its services in communities around the UK for the long term. This is in addition to 93 previously announced during the course of the last calendar year, nearly half of which have now successfully relocated into retail stores

Christmas as usual despite CWU calls for strike action